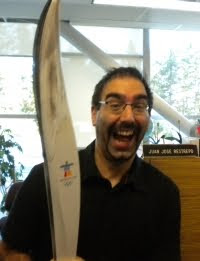 On the eve of the Opening Ceremonies here in Vancouver, I’ve seen a plethora of maps and guides to the City and Whistler. It’s a lot of info to take in so I’m going to try and post of the more interesting stuff I’ll be following in the days and weeks ahead. One of the guys from work was a torch runner in Aldergrove (Langley) and brought his torch to work. Needless to say, I was happy to hold it and get into the Olympic spirit!

Compiled by “LBrideau” on Google Maps, utilizing CityCausus.com’s 2010 Free Stuff Guide! This is the go-to-guide for stuff to check out.

When the rain in Vancouver gets you depressed, have a look at a better view of the City and the venues from Sept/Oct 2009, courtesy of AERIAL PHOTO IMAGE.com (360 Degree Views of Vancouver!)

The best licences come from theMalta Gaming Authority and the United Kingdom 1xbet korean Gambling Commission. The Lottery Tickets and Lottery Fund Act, enacted on January 29, 2004, was introduced to generate funds for social endeavours. In June of the identical year, shortly after the legislation was passed, the Korea Lottery Commission was created to oversee and regulate the country's lottery industry. Tournament held in South Korea, beneath the organization of the worldwide model PokerStars.